Table with aluminium casting base lacquered black or white.

Saarinen's idea to work on a set of furniture with a single pedestal dates back to 1953-56.

Originally was made with a plastic basement but later was produced with an aluminium base.

Son of the famous Finnish architect Eliel Saarinen, Eero Saarinen graduated from Yale and then went into business with his father who at the time was teaching at the "Cranbrook Academy of Art" in Michigan.Having won the St. Louis "Jefferson Memorial Competition" in 1948, firmly established his identity as an architect and was of prime importance in his introduction to his profession.In the early 50's, Saarinen designed the General Motors Technical Center, the first in a series of brilliant projects. Every commission was a new challenge for him, which he resolved with new concepts of function and form.in 1940 Saarinen won the "Organic Design in Home Furnishings" contest for the chair he designed in collaboration with Charles Eames.Even today, his chairs. armchairs and tables are considered "best sellers" and timeless classics. 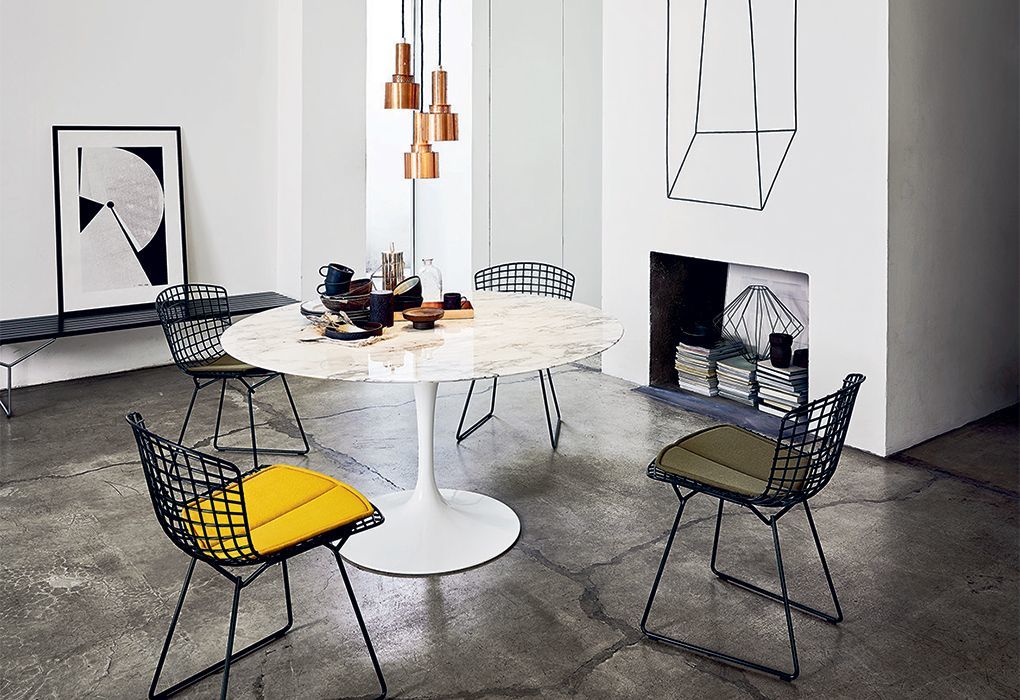 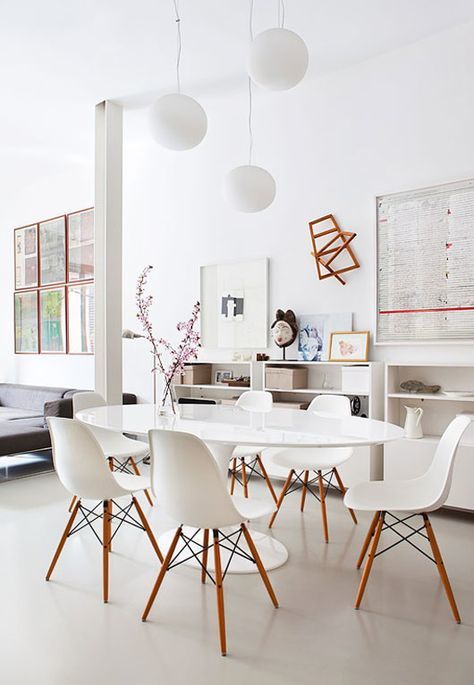 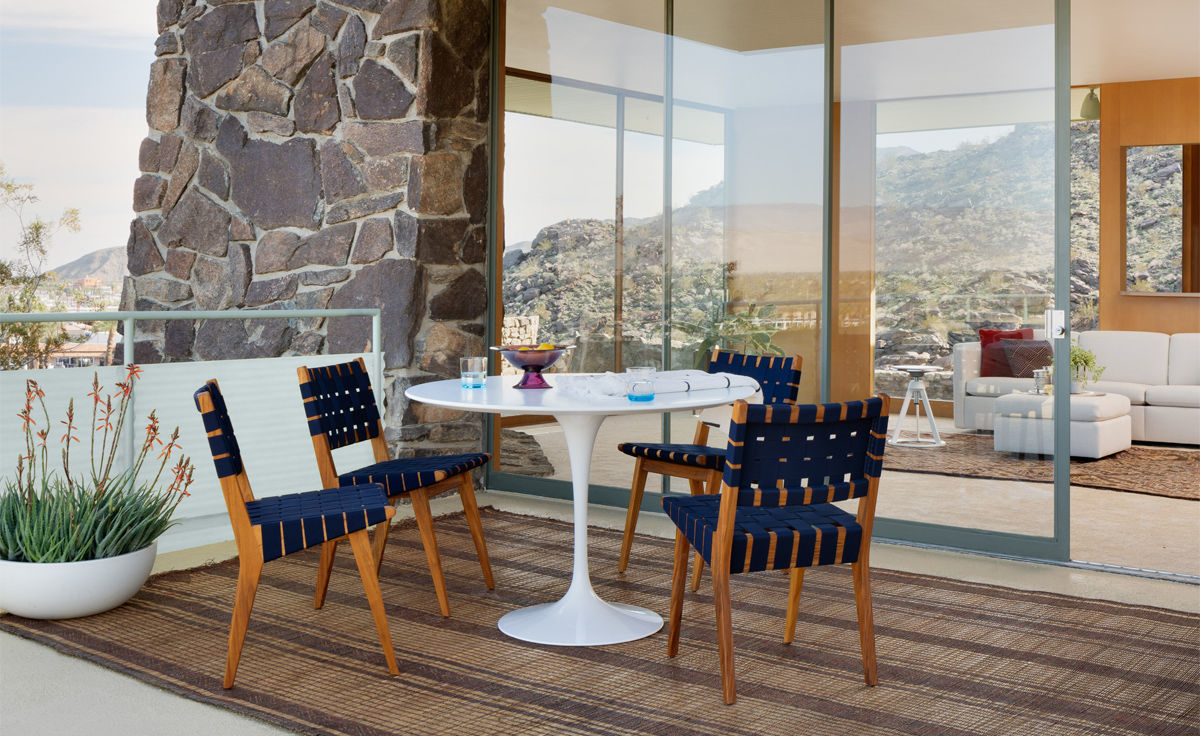 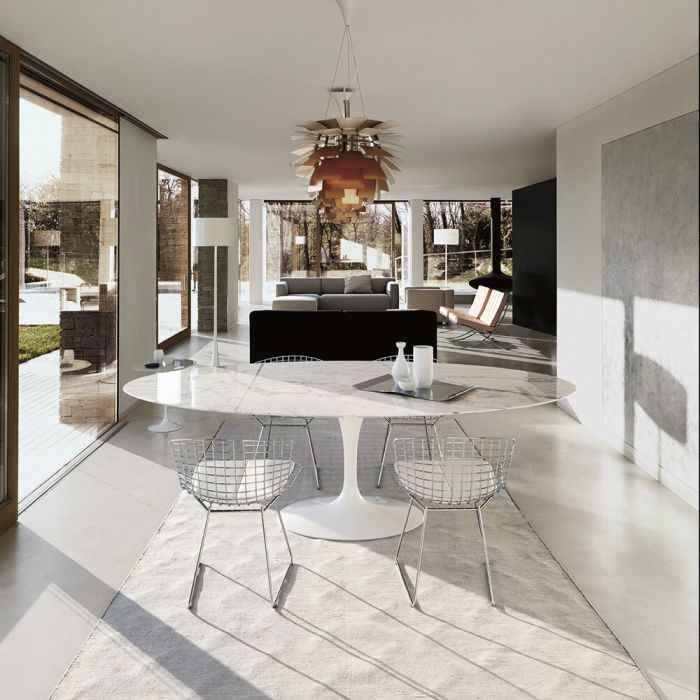 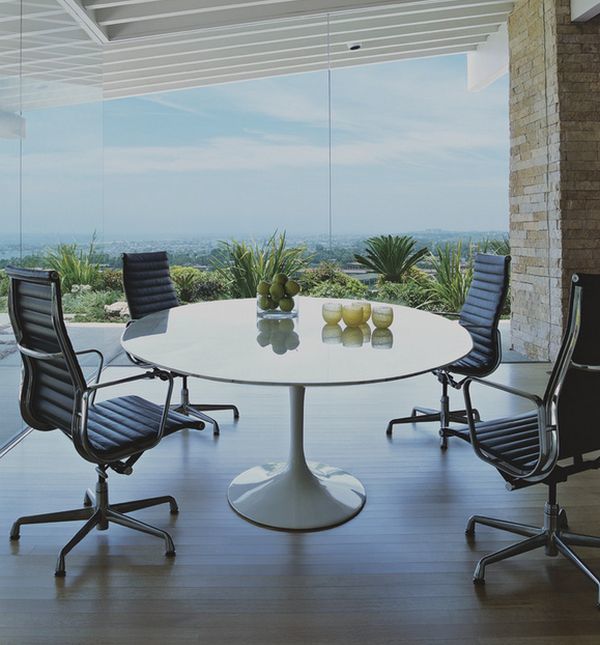 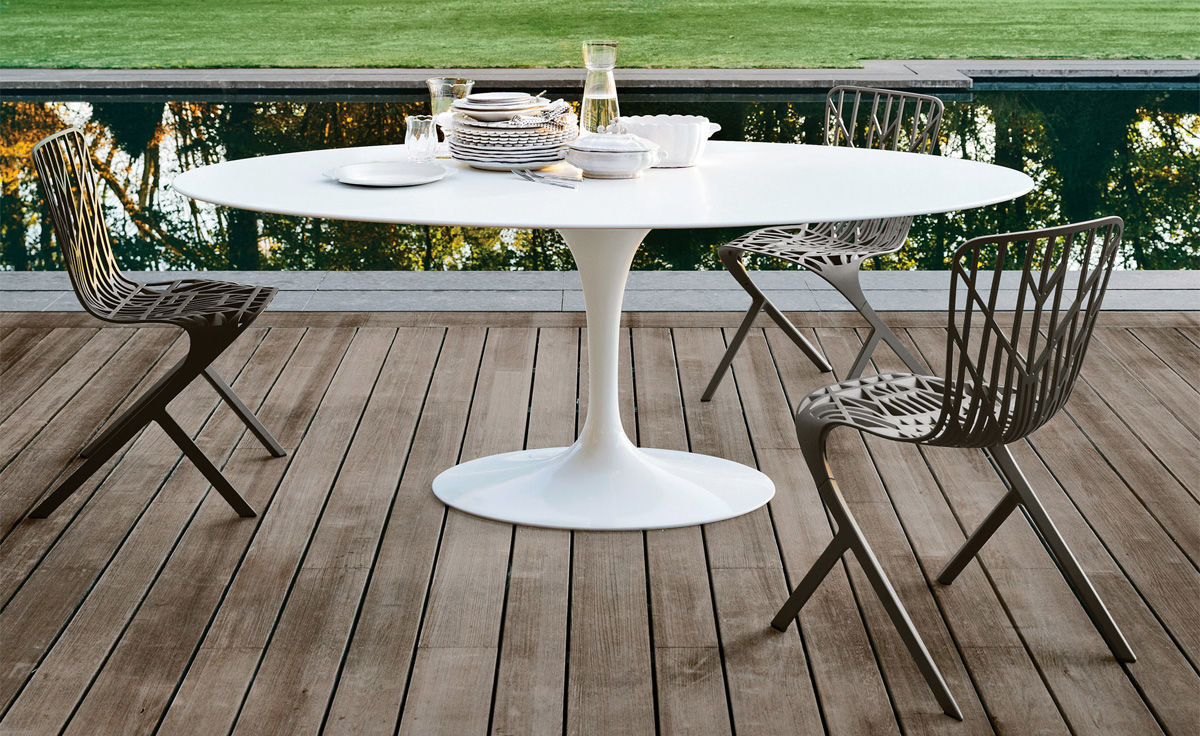 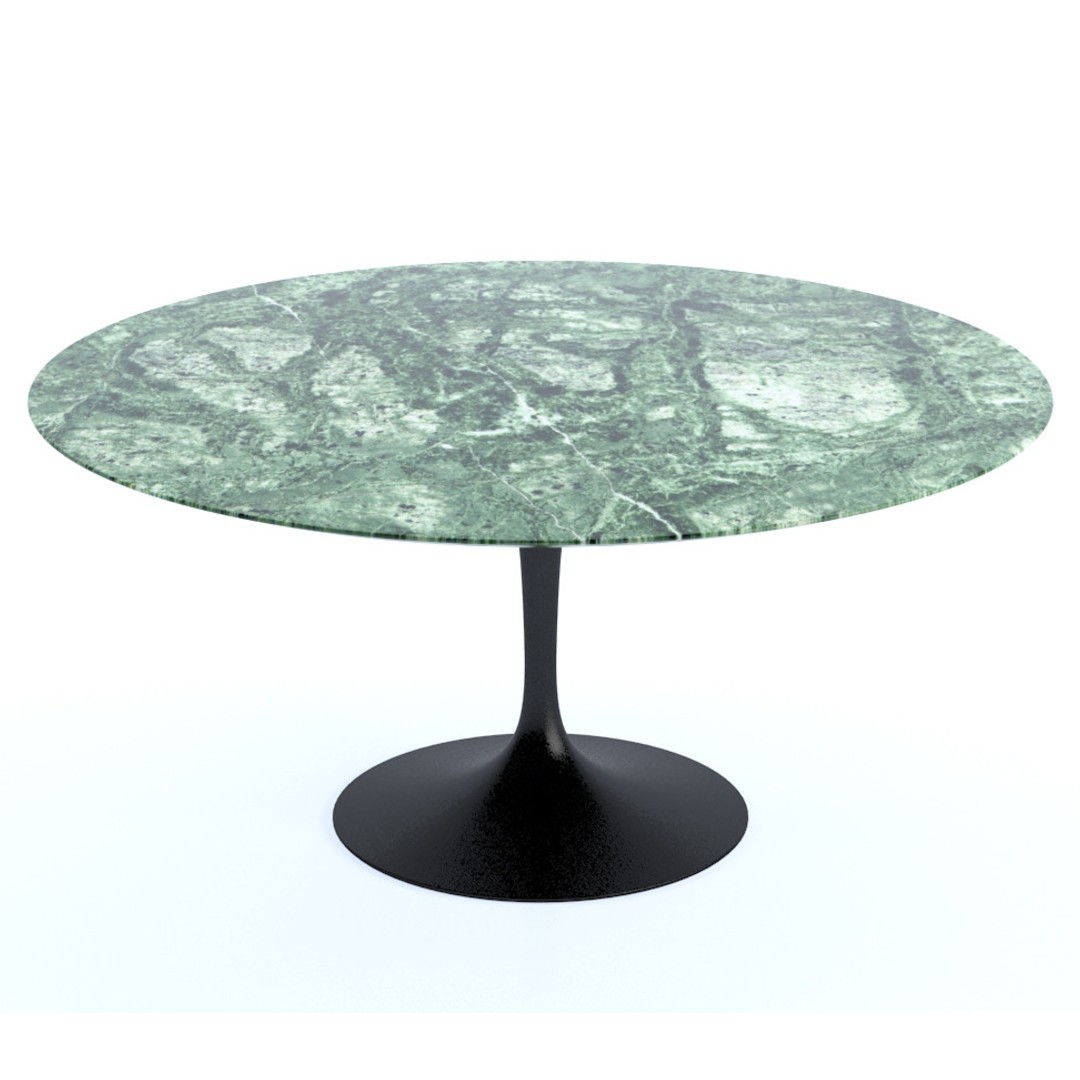 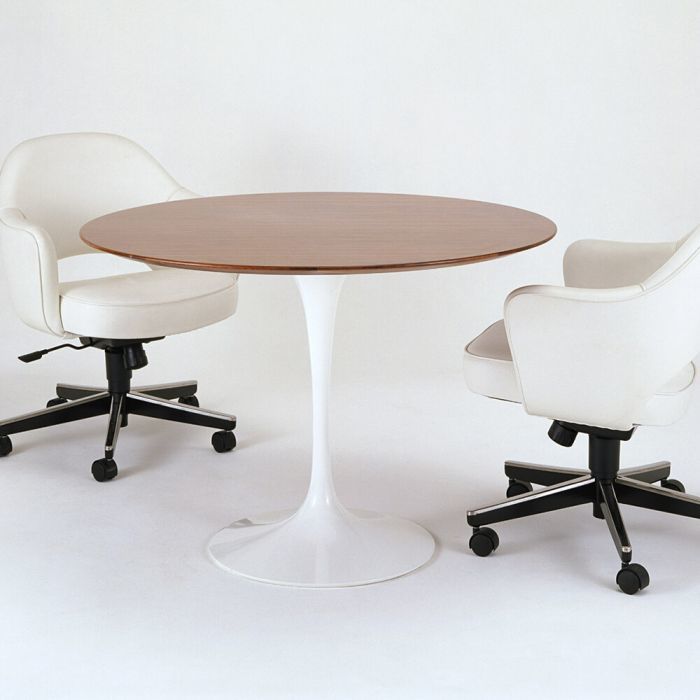 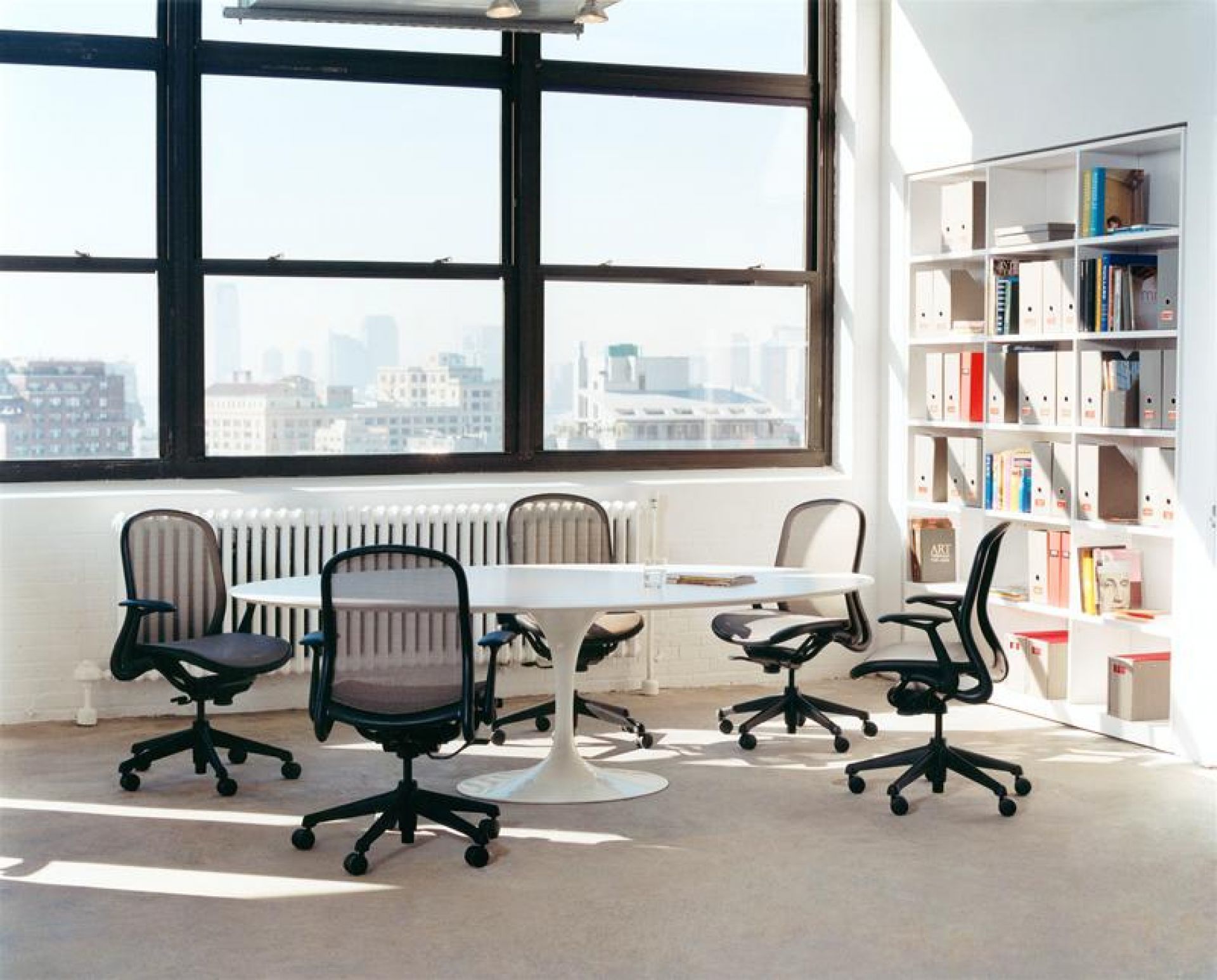 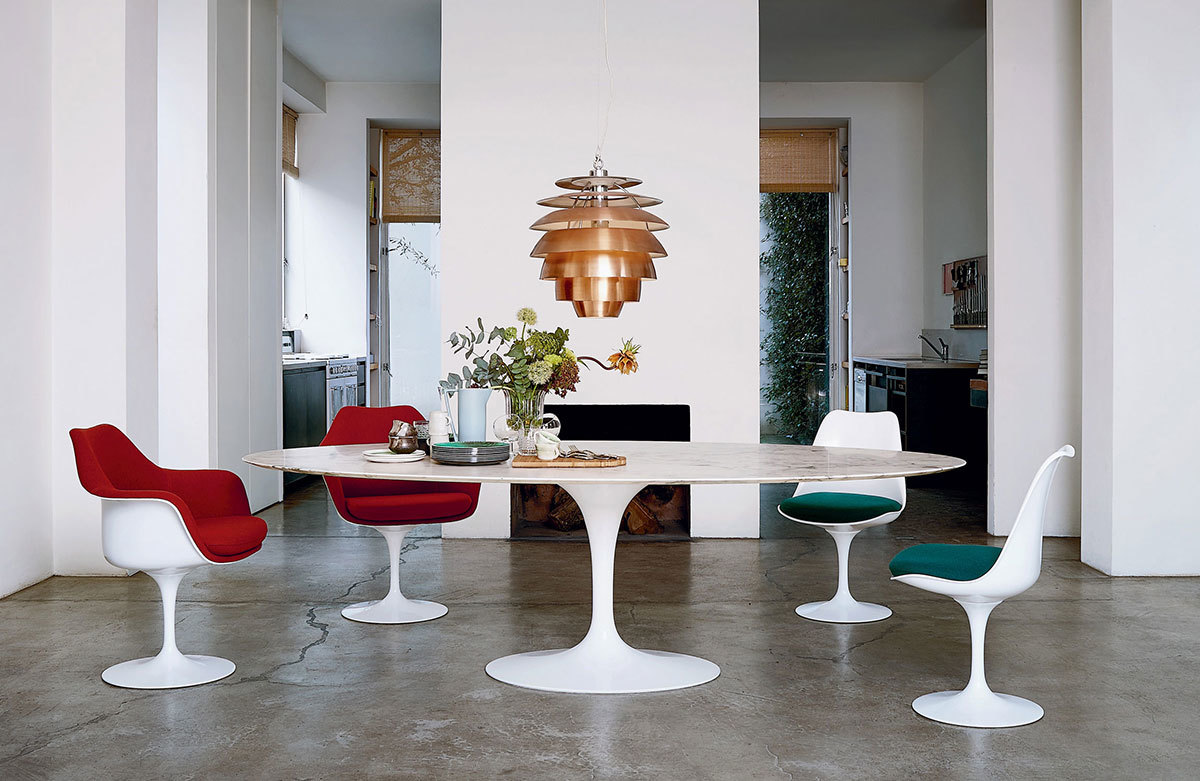 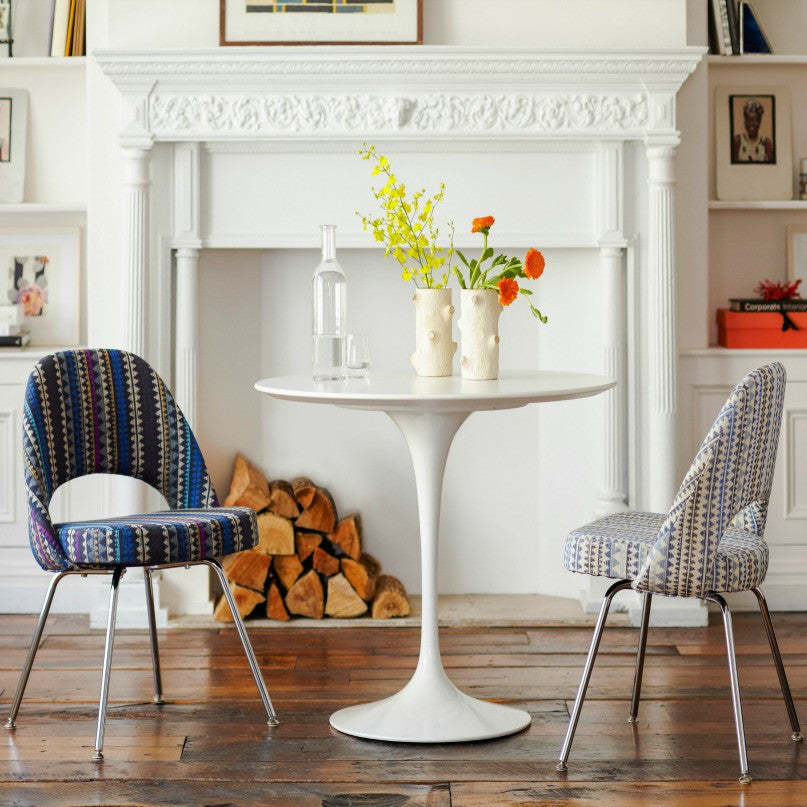 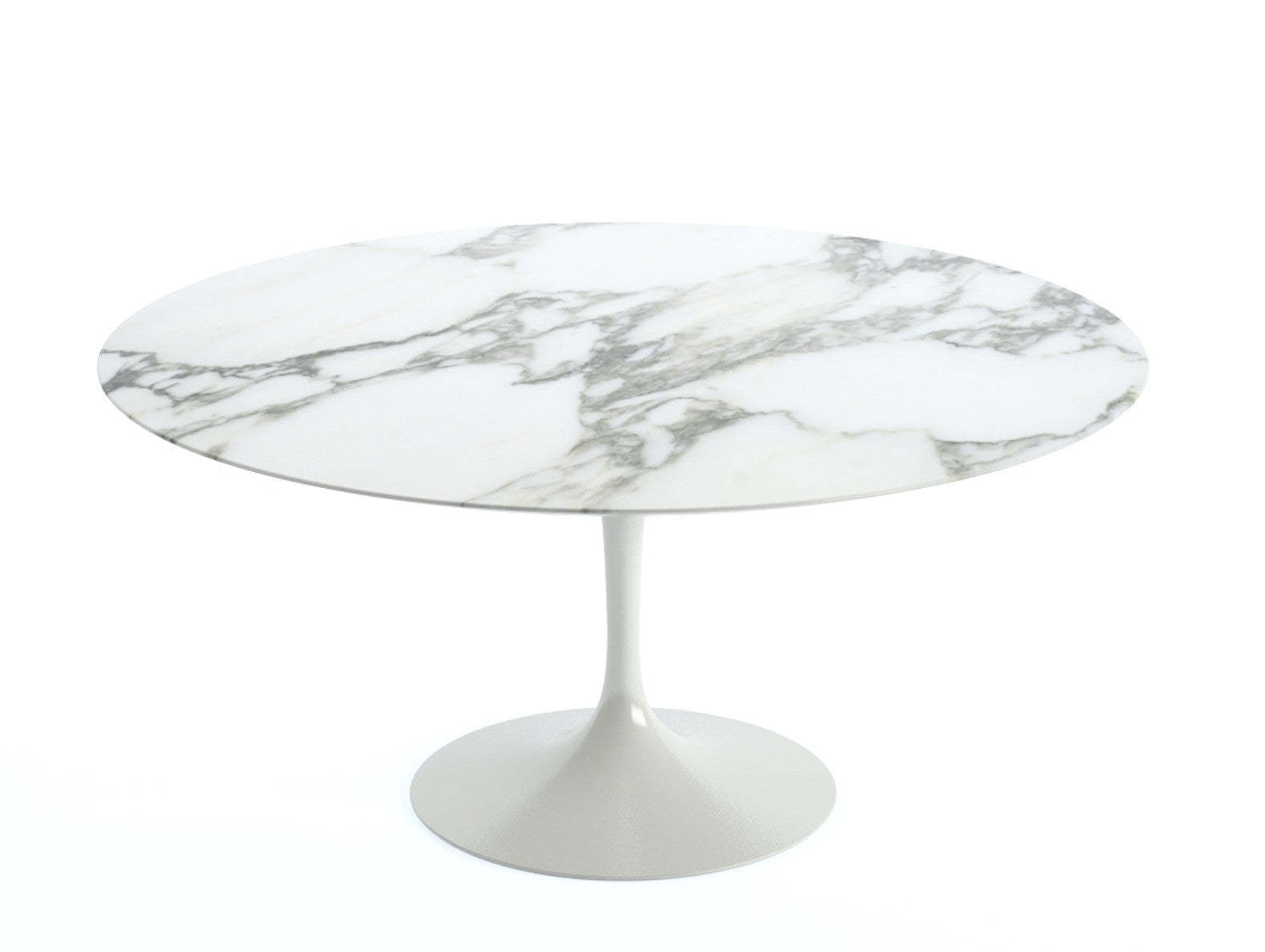 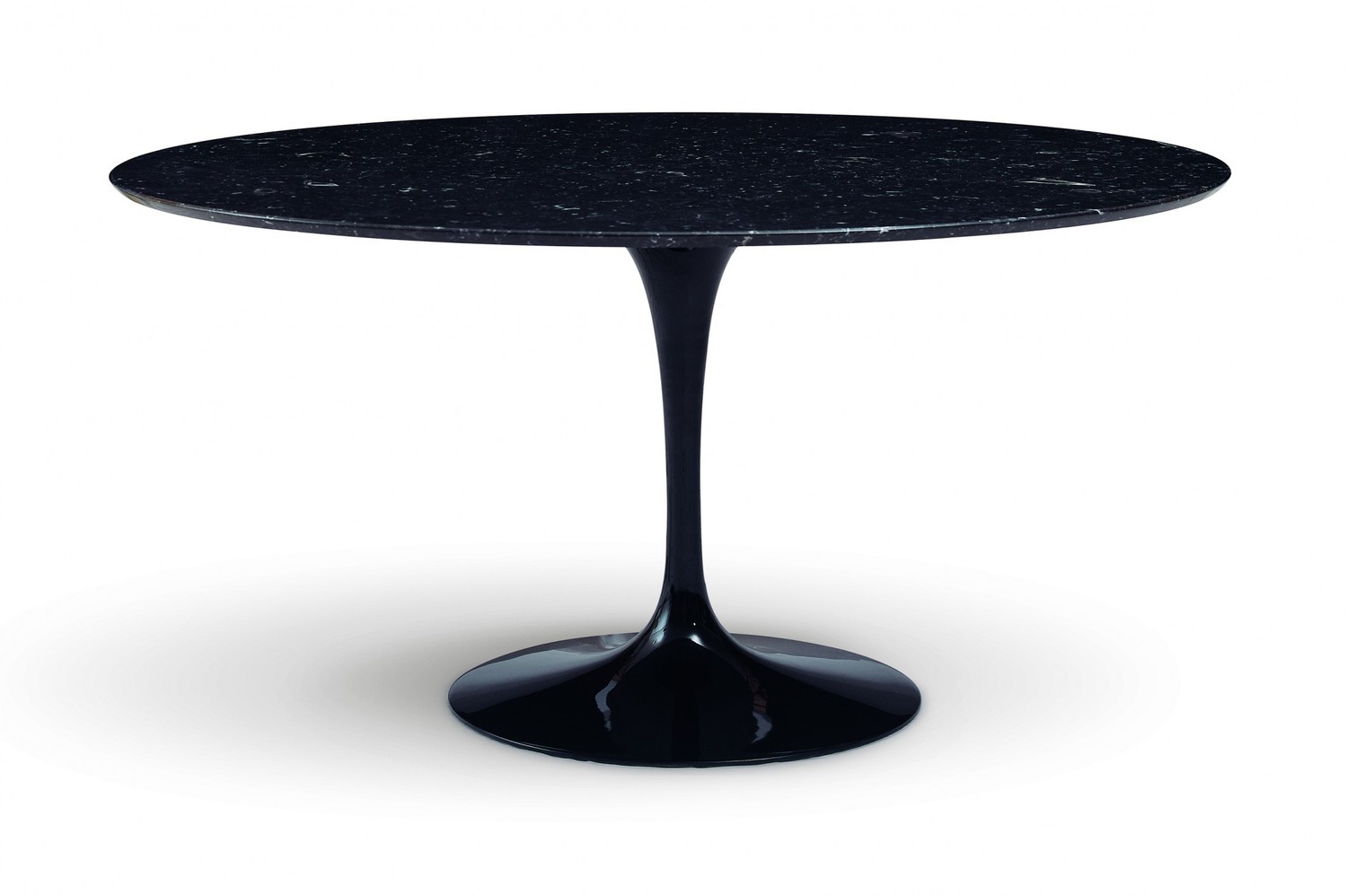 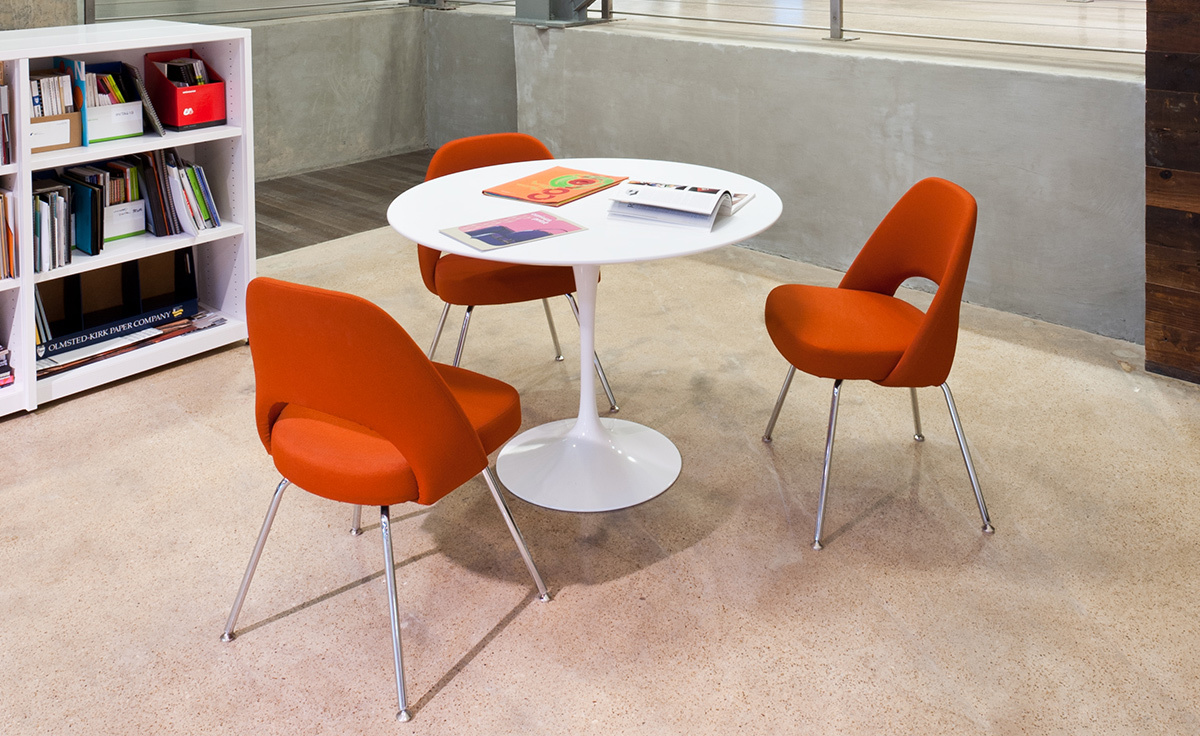 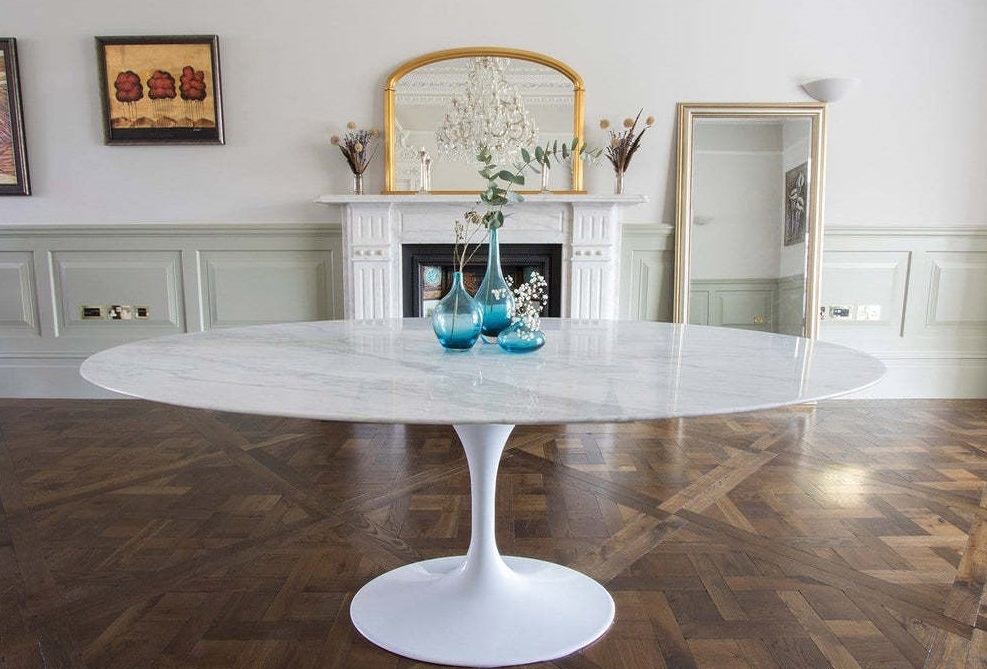 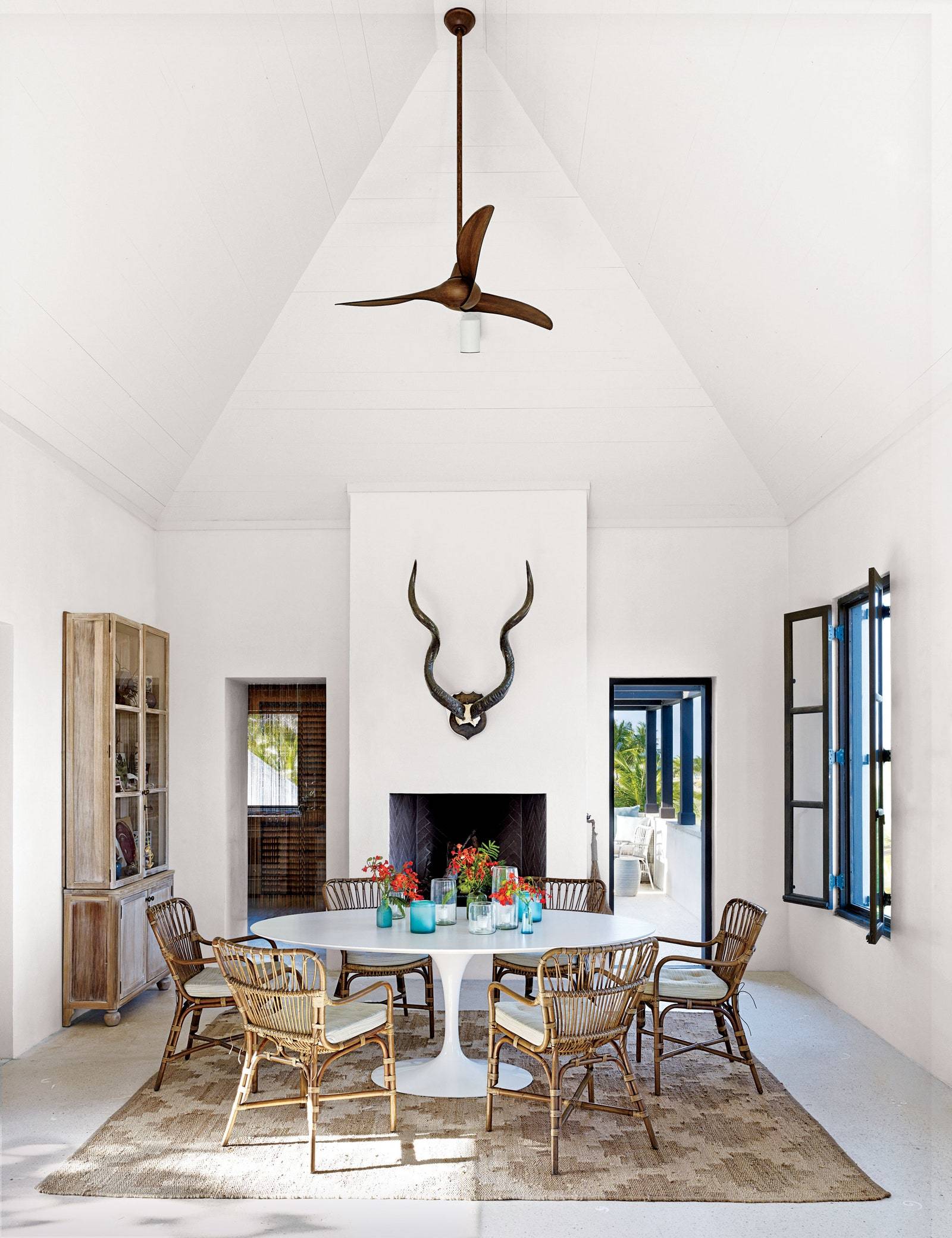 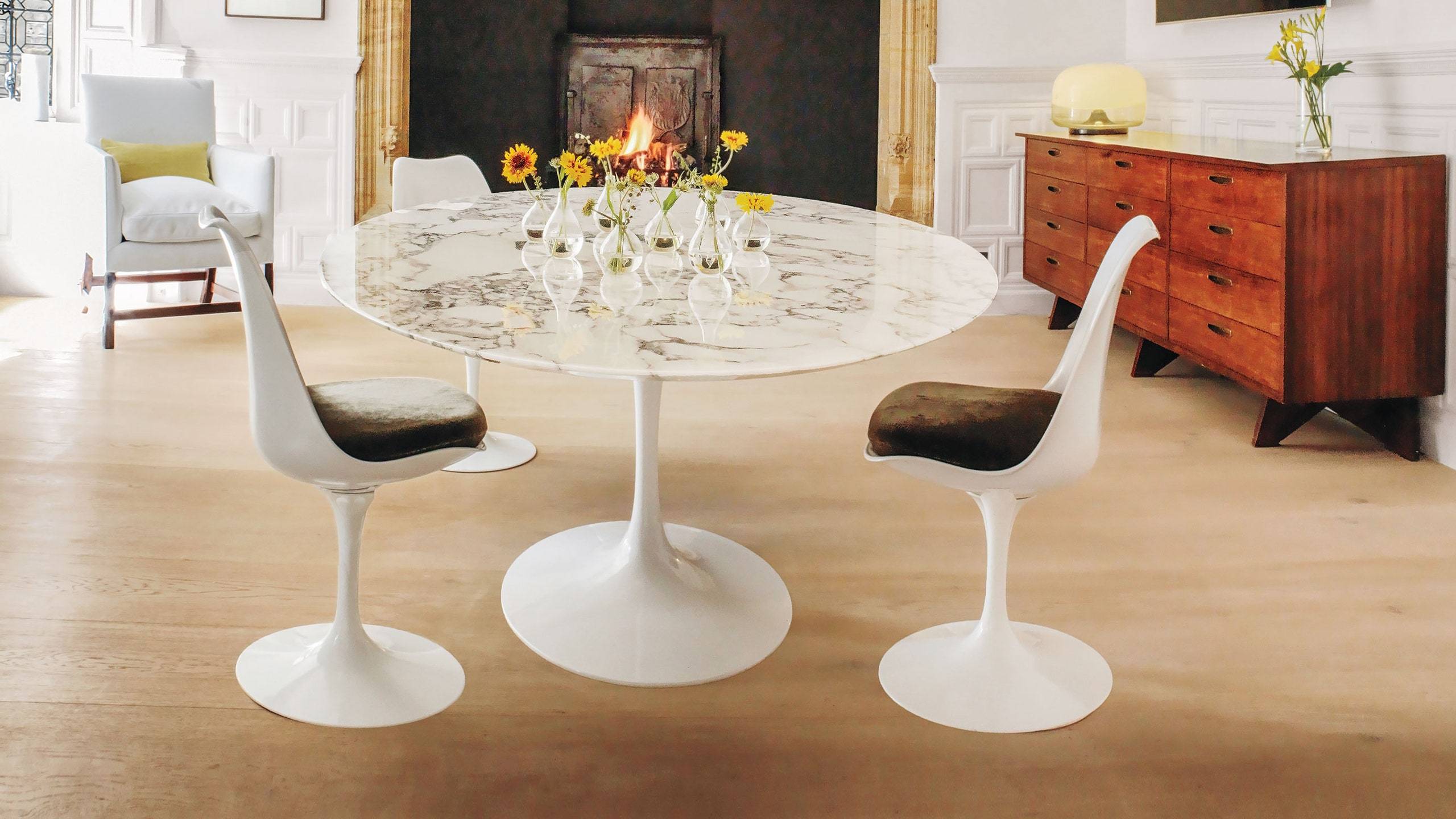